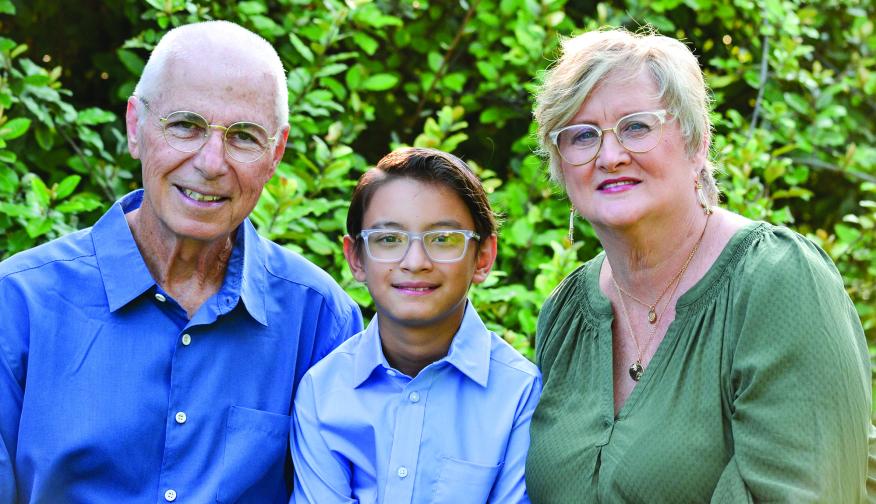 Meet the Rayhons – George, Mary and their grandson, Logan.

In January of 2014, the Rayhons family faced the unimaginable – their energetic, four-year-old grandson Logan was diagnosed with cancer.

Logan, who was living with his grandparents at the time, had become unusually sluggish. A trip to the pediatrician to determine the cause of his drowsiness would completely alter their lives. When Logan stretched across the exam table in the doctor’s office, Mary immediately noticed a lump on his abdomen.

Unsure if the lump was a hernia or something worse, Logan was referred to Driscoll Children’s Hospital right away. “I can remember this day like crazy,” Mary said.

"We were in the playroom of Driscoll Children's Cancer and Blood Disorders Center and a chaplain walked in. He sat down beside me and asked why we were there. I told him they had run some tests and we were waiting to talk with the doctor.”

When Logan’s name was called, Mary watched the chaplain follow behind them to a private room.

“In my mind,” she said, “I immediately thought ‘this is not going to be good.’”

Pediatric Hematologist/Oncologist Nkechi Mba, MD, told the family that Logan had stage four Wilms Tumor, which had spread from his kidneys to his lungs.

“After that, everything went blank,” Mary recalled.

To treat the cancer as aggressively as possible, Logan’s tumor and his left kidney were removed the next day. Following the taxing surgery, the brave little boy faced two weeks of radiation and 10 months of chemotherapy. 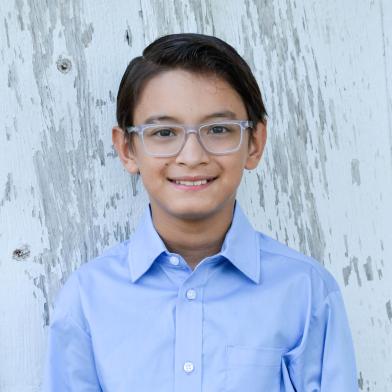 “Logan was just a little trouper,” Mary said. “He never complained. I always say he got through it easier than I did because every time we would go in for treatments, I would just hold my breath until everything was done.”

Nine weeks into chemotherapy, Logan’s scans showed he was not responding to the treatment. Dr. Mba quickly regrouped and came up with a new game plan for Logan.

“We had already started Logan on the standard treatment for patients with advanced Wilms Tumor,” Dr. Mba said. “But right around the same time, data was coming out from The Children’s Oncology Group (COG) that showed these kids actually do better on a different regimen, so we changed course, and ultimately, it gave him a better outcome.”

Logan endured months of an intense treatment, hospital stays and acute weight loss – weighing a mere 25 pounds at one point.

In just four short years, Logan encountered more than many of us will encounter in our entire lives. His bravery and resiliency inspires both his family and the Oncology staff at Driscoll. In November 2014, the Rayhons received the news they desperately needed – Logan was in remission.

George and Mary still get emotional talking about Logan’s diagnosis, as though it was just yesterday. The “angels” (as she calls them) at Driscoll, are the reason Logan is here today.

In 2018, the Rayhons overcame another obstacle when they set aside their plans for retirement and legally adopted Logan as their son.

“This family did whatever they needed to do to ensure Logan had the best chance to beat this,” said Dr. Mba. “We want to surround them with the best treatment and the best support system.”

Now 11 and officially “cancer-free,” Logan is a straight-A student and an advocate for anti-bullying with aspirations of someday being a soldier.

While he continues to be monitored each year for chronic conditions that may arise as a result of the harsh chemotherapy and radiation, his smile shows the world that his spirit is stronger than ever, even after all he has endured.

To show their appreciation to the team that saved Logan’s life, the Rayhons generously donated $50,000 to Driscoll.

“We have our Logan because of those angels in the Cancer and Blood Disorders Center, and there’s not enough money on earth that we could ever give them for that.”

Their gift will help other children, like Logan, receive the life-saving care and treatments they need from Driscoll Children’s Hospital.