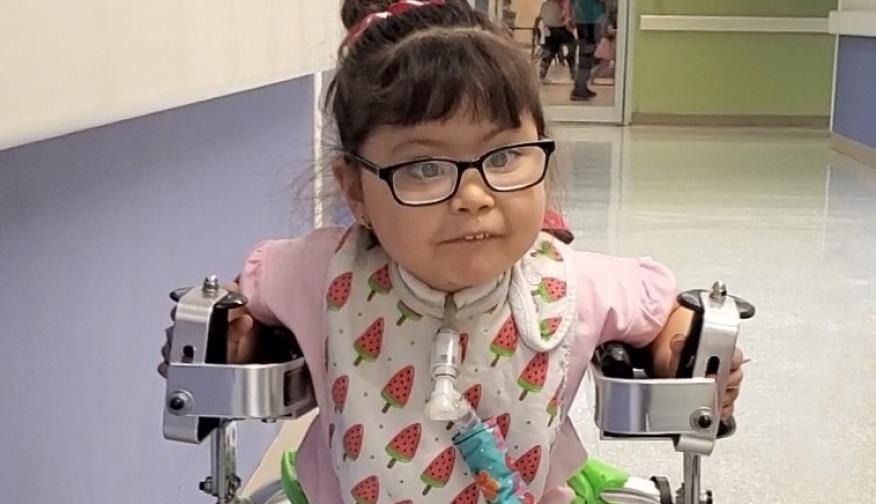 Meet Rebecca, a toddler with spina bifida defying the odds and overcoming obstacles

Brenda Puga was 20-weeks pregnant when Driscoll Children’s Maternal Fetal Medicine doctors diagnosed her baby with spina bifida, a condition that occurs when the spinal cord doesn’t form properly. She was told her child may never be able to walk.

While the news came as a shock to Brenda, she felt confident in her team of specialists at Driscoll. Throughout the remainder of her pregnancy, doctors monitored her baby’s growth and prepared a plan for afterbirth. The plan was for the Beeville mom to deliver at a hospital in Corpus Christi and have her baby transferred to Driscoll for care.

The next day, Rebecca underwent a successful ventriculoperitoneal shunt surgery to relieve pressure on her brain. While Rebecca was receiving the best treatment, as outlined by her care team, plans suddenly shifted.

Category 4 Hurricane Harvey was racing toward Corpus Christi and Driscoll Children’s Hospital. The team at Driscoll began the careful effort of evacuating the 10 babies in the NICU, including Rebecca. At just one-week-old, she was airlifted to a children’s hospital out of the storm’s path.

Nearly four years later, Rebecca is making incredible strides. She has had multiple life-changing procedures at Driscoll, and continues to work with Driscoll’s Rehabilitation team two to three times per week.

Rebecca went from not being able to stand, to walking the length of an entire football field. She loves the therapy park and all that Driscoll’s Rehabilitation Department has to offer.

Brenda is grateful for Driscoll Children’s Hospital and the family of doctors, nurses and therapists who have helped Rebecca get to where she is today. 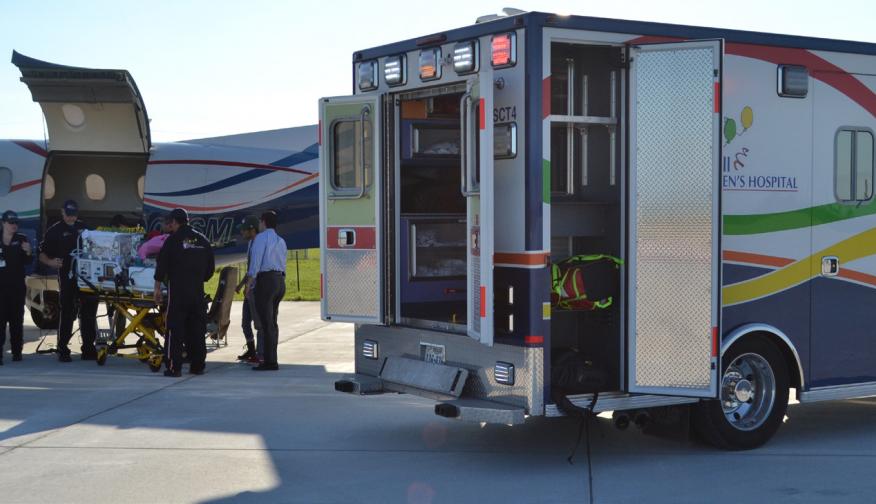