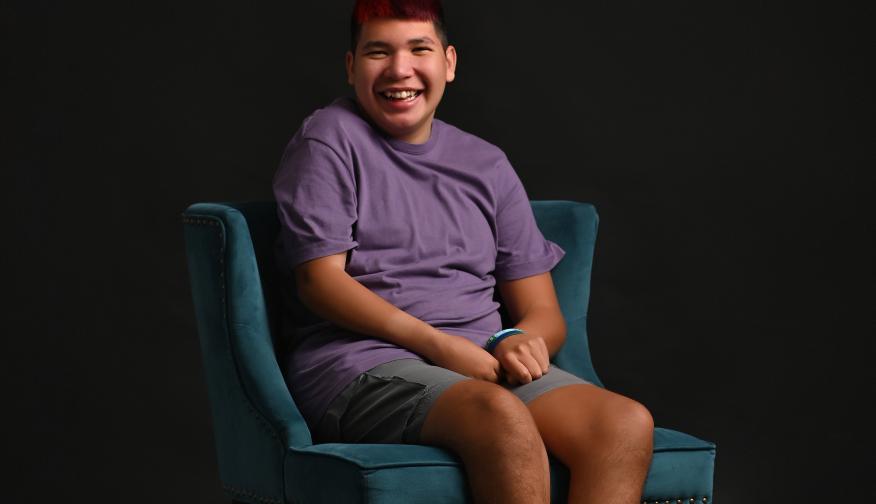 John J. Martinez has cerebral palsy, epilepsy and scoliosis, but his diagnoses do not define who he is.

He is quite the character who will win anyone over with his smile and infectious personality. The soon-to-be high school graduate loves baseball, being outdoors, and spending time with family.

At the time of his birth, however, the thought of him doing any of these things seemed uncertain.

Shortly after he was born, John J.’s parents, Monica and John, were told to prepare for the worst. John J. had suffered a stroke sometime before, during or immediately after birth. He was also experiencing seizures, a common complication of neonatal stroke. Doctors said that if he survived, John J. would never walk or talk.

Knowing the support they’d need to care for their son, Monica and John moved from North Carolina to Corpus Christi to be closer to family, and to Driscoll Children’s Hospital. John J. began to see specialists at Driscoll at six months old, including Pediatric Neurologist Carol DeLine, MD, who diagnosed him with cerebral palsy.

Dr. DeLine and the Neurology team at Driscoll care for children with all kinds of complex conditions, including epilepsy and cerebral palsy. John J. also had regular visits with Driscoll’s Occupational, Speech, and Physical Therapists who helped with his gross motor skills, mobility, speech, and eating. 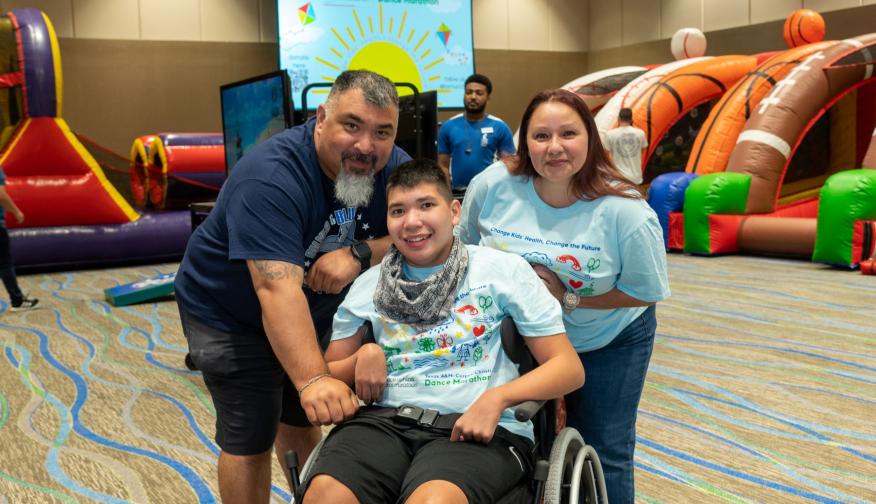 By age four, John J. was walking – a milestone that amazed everyone!

“He was the most excited I’d ever seen him,” said Monica. “Getting him to slow down became the challenge. He wanted to follow everyone everywhere and he’d waddle as fast as he could.”

John J.’s right leg is shorter than his left, but that didn’t stop him. He joined the Miracle League baseball team and was invited to the All-Star Game to play baseball with kids from around the country. 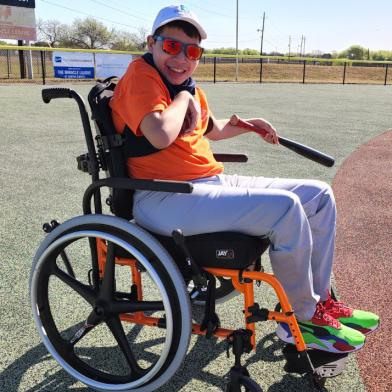 With help from Driscoll Physical Therapist Mandy Alaniz, he even learned to ride an adaptive bike – which his mom said he loves to ride for hours!

As John J. got older – and taller – the discrepancy in his legs grew too, causing pain and instability. He began using a wheelchair to help relieve some of the pressure, but eventually had two surgeries to help with hip instability and prevent arthritis. He was also diagnosed with scoliosis. Recently, Pediatric Orthopedic Surgeon Eric Wait, MD, performed a procedure to transfer the tendons in John J.’s right hand, allowing him to extend his hand and more easily pick up objects.

Now 18, John J. has made exceptional progress and is already doing things many thought he would not be able to do. Ongoing rehabilitation at Driscoll is helping him build strength, regain functionality, and learn to walk again. John J.’s sight is set on walking across the stage at graduation, and his team at Driscoll is cheering him on.

“When you’re raising a child, it takes a village. I’ve always told everyone Driscoll has been the biggest part of our village,” said Monica. “They have been such a vital part of his life. I feel like they’re family, and if we lived in another city or state, we would travel and come to Driscoll.”

John J. eventually will have to leave the security of his adopted village. “When he can no longer go to Driscoll, I’m going to be heartbroken,” she tearfully added.

But John J.’s winning smile and eager enthusiasm will help him on his path to adulthood.